Special plasters can prevent pressure ulcers by reducing the damaging effect of what are called shear forces. This has been shown in a study at Maastricht University Medical Center+ (Maastricht UMC+), led by the surgeon Prof. Nicole Bouvy. Luuk de Wert recently gained his PhD with this research.

Maastricht study an important step in dealing with pressure ulcers

Special plasters can prevent pressure ulcers by reducing the damaging effect of what are called shear forces. This has been shown in a study at Maastricht University Medical Center+ (Maastricht UMC+), led by the surgeon Prof. Nicole Bouvy. Luuk de Wert recently gained his PhD with this research. 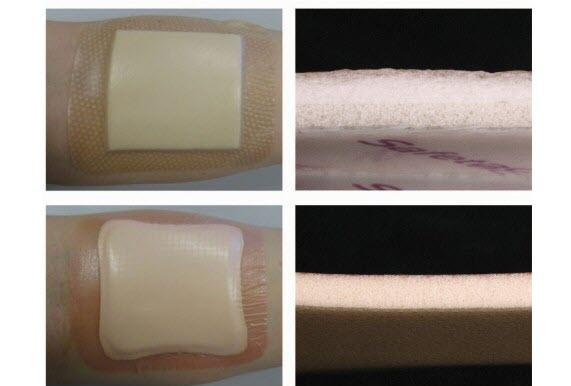 Pressure sores (medical name decubitus) are accompanied by a great deal of pain and discomfort, and even an increased chance of dying. In addition, they cost Dutch society more than a billion euros a year. Decubitus is caused not only by pressure on the skin, but also by shear forces on the skin. This is the force created by two surfaces sliding past each other, for example when hospital patients lie in bed with the backrest raised. Friction between the skin and the mattress makes the skin stick to the mattress, as it were. Gravity puts the skin of the coccyx and the heels in particular under tension, which can lead to decubitus.

New research model
Until recently, little attention was paid to these shear forces, because they are hard to measure. Researchers at Maastricht UMC+ have developed a method for gaining a clear picture of these shear forces on the skin and they applied this method to healthy volunteers. They established that if shear force is applied when there is some pressure, it causes a lot more redness and skin damage than the pressure alone.

Special plasters
Preventive treatment with plasters consisting of several layers of absorbent foam was shown to reduce significantly the skin damage caused by shear forces. The plasters, called dressings, do not contain any active substance. The effect results from a mechanical principle for better absorbing and distributing forces. The plasters do contain foam, which enables them to absorb a great deal of moisture (including sweat), thus ensuring that the skin maintains an optimum microclimate. The microclimate is determined by the temperature and humidity of the skin, among other factors.

Clinical application
The dressings are available on the market, but are generally only used to treat pressure sores, not to prevent them. But hospitals in Australia do already use the dressings preventively by applying them to the coccyx and heels of patients. The results are good, particularly for patients who are lying completely still, for example because they are on a ventilator in intensive care. In the Netherlands, the dressings are not yet being applied preventively. Further research will have to provide scientific proof of the preventive effect of these dressings in the Dutch hospital population.